Behind the scenes - filming the Girona cycling festival 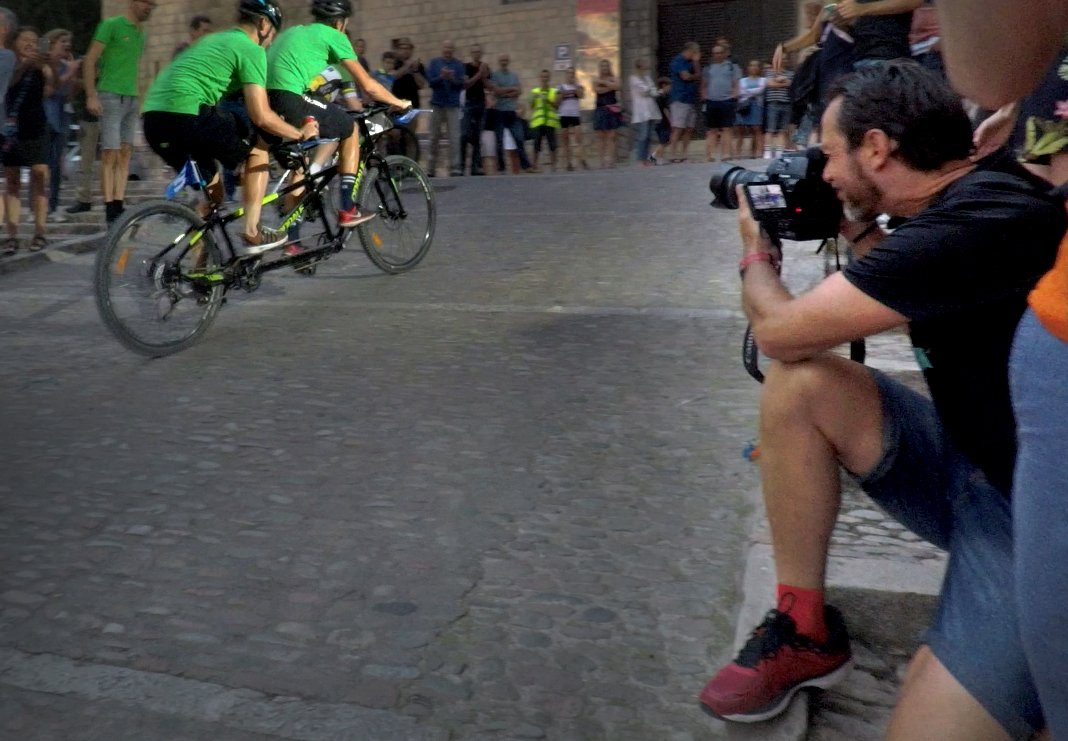 Every year in June the Catalan city of Girona hosts a spectacular week long cycling festival organised by Bike Breaks. I have been filming the festival since 2014. The event has a 10km hill climb up a mountain to a  monastery called Els Angels (nicknamed Hells Angels), a nocturne crit around the town's medieval cobbled streets and a 125km gran fondo circling the beautiful countryside surrounding Girona.

I know Girona very well but working as a one man film crew with a drone operator and the restrictions imposed by the local police does make planning ahead essential. I'm a keen cyclist and do have the advantage of having ridden the routes many times but I'm always on the lookout for new angles which I make mental notes of whilst riding.

Each event presents it's own challenges and hurdles to overcome when filming. The hill climb is closed to all traffic except the riders and I need to be at the start, the middle and end of the race, all within a 2 hour time slot to produce a 3 minute video. Only way to do this is by motorbike and whizz up past the riders (one handed filming with GoPro & Karma grip at the same time) to the middle and end of the course. Then run alongside the competitors as they cross the finish line, the Karma grip does a super job of keeping the footage super smooth. After it's the podiums and spraying of champagne and it's a challenge just keeping dry as I'm right next to the riders celebrating. Beers well earned by the end of the day for sure! 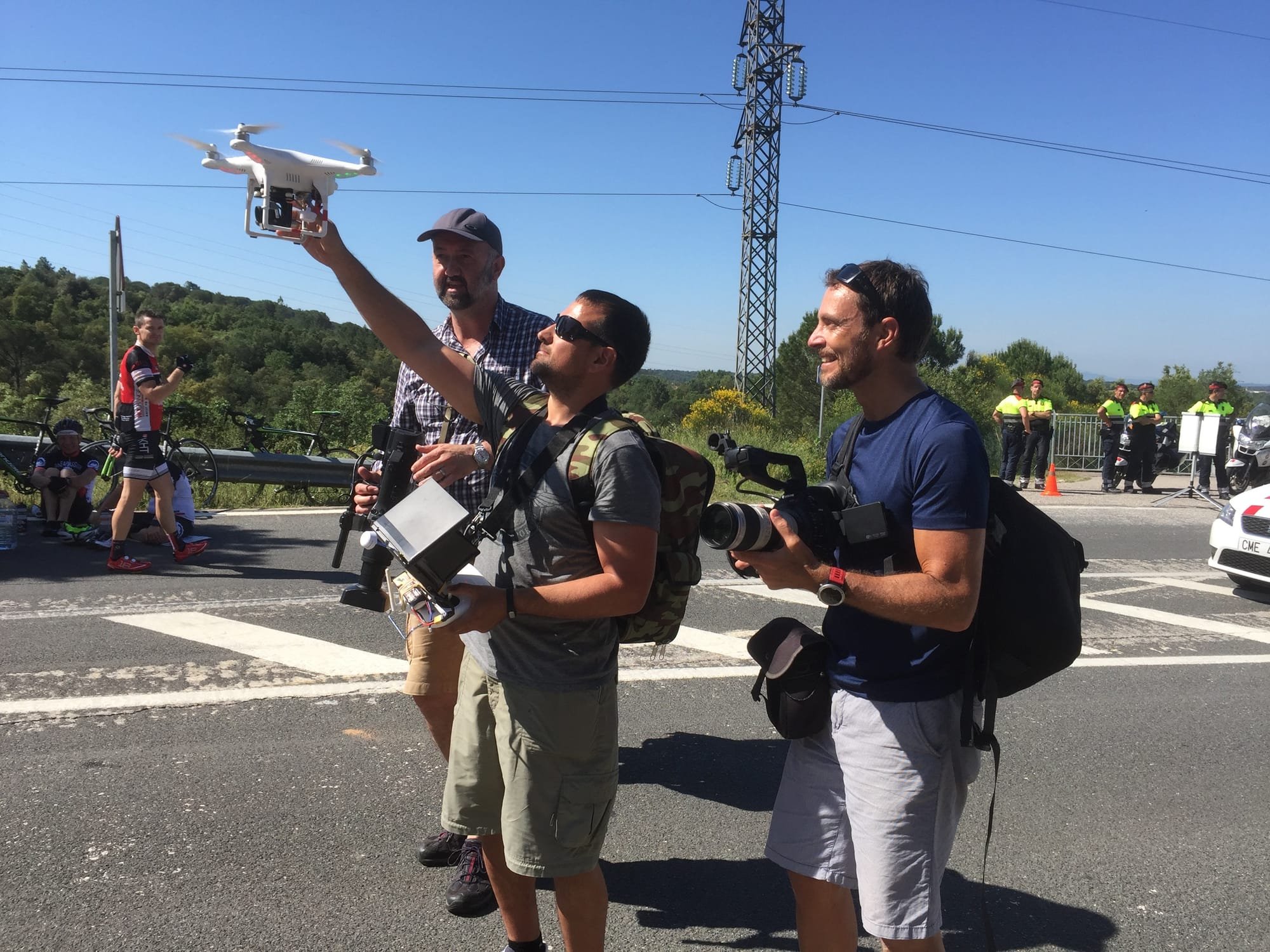 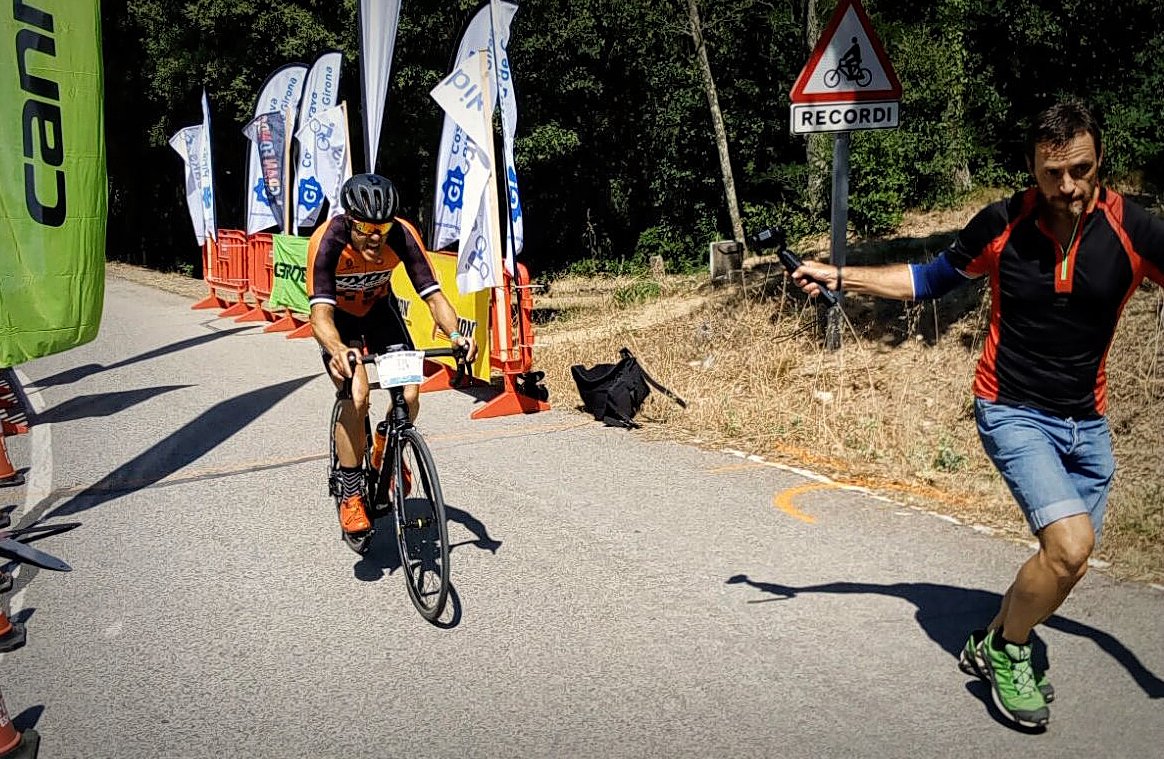 Next up is the Nocturn crit race held around the cobbled back streets of Girona. The timed race starts at the foot of the impressive Cathedral dominating the historic district followed by a horrendously steep climb shortly after. There's no better place for capturing the pain on the riders' faces, the monumental effort required just to get up the short ramp and the crowds and atmosphere which makes the event so special.

Then it's a scoot back to the race village to capture the post-race atmosphere and podiums in the dark. Thanks goodness for portable LED lighting. 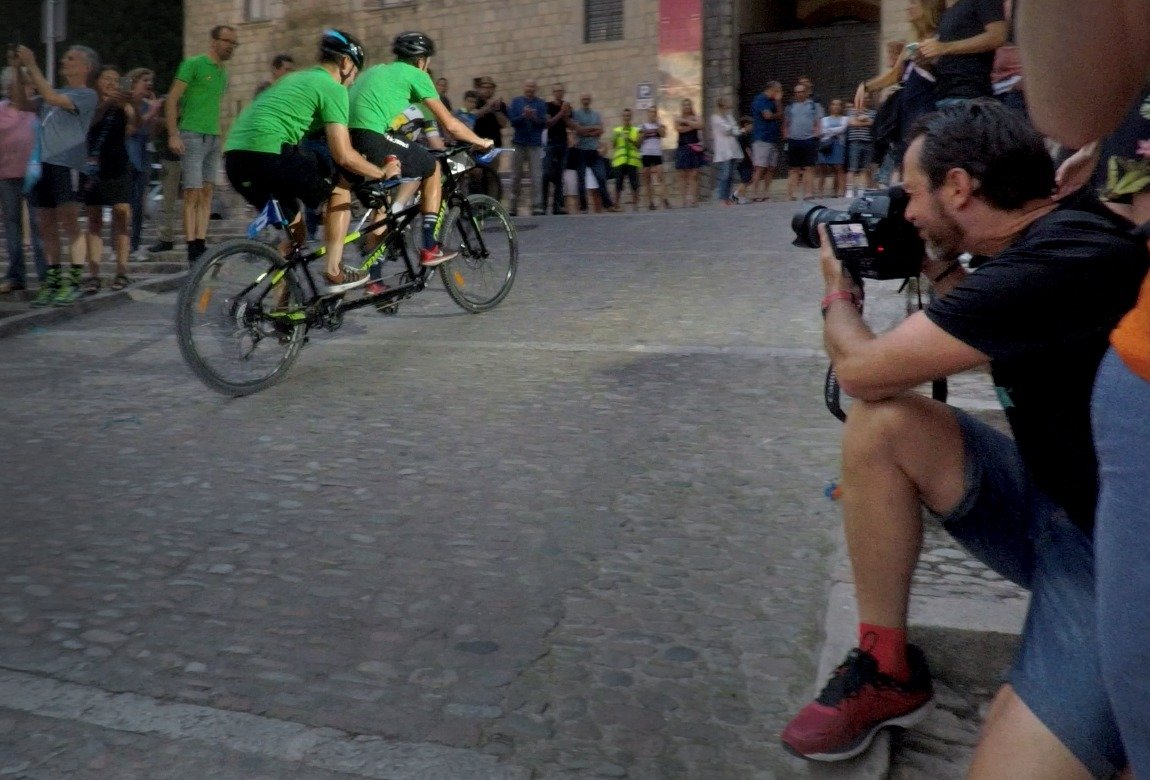 The biggest event of the week ends with the Gran Fondo with two routes of either 125 km or 145 km, the longer one taking in the iconic Rocacorba climb up to nearly 1000m in altitude. As the road is closed to all traffic on the Rocacorba section on race day,  I did manage to persuade two keen Brits to ride up there a couple of days beforehand and act as "models" for some clips replicating a "real" race scenario. Unfortunately, the over-enthusiasm of one of the riders resulted in him misjudging a descent and careering into some rocks at the side of the road.  His wrist injury ended any hope he had of participating in the Nocturn later that day.

A good vehicle with a large opening rear hatch is essential for following and filming the riders, as is a driver that understands the need to vary his speed constantly to stay ahead of the riders. That's a skill put to the limit when trying to stay in front of the peloton as it descends at 50 kmh through some twisting roads! Equally as important is a solid tripod which I strapped into the vehicle to prevent it sliding around although any bumps at speed are magnified so there are times when it's impossible to film. As the race progresses the riders get more spread out which gives plenty of opportunities to concentrate on individual cyclists enjoying (or suffering) out on the road. 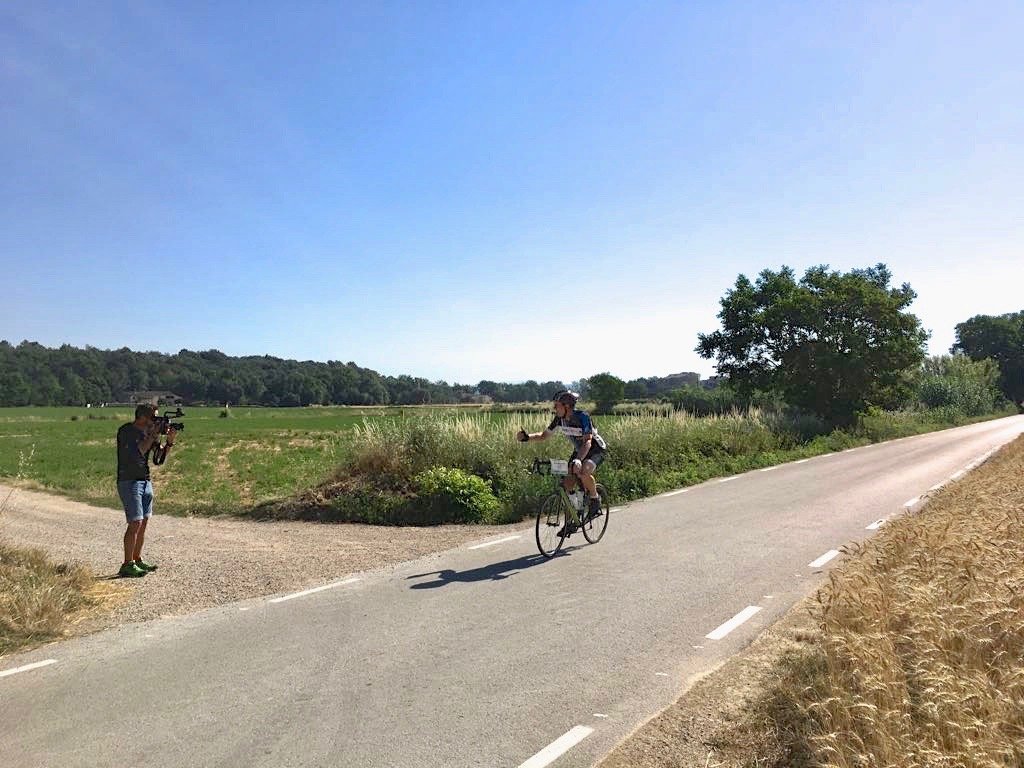